Switzerland plays a central role in the global commodity trade with gold and especially in its refining. Having fueled early modern industrialization as well as contemporary finance, Swiss trading and refining activities have influenced vivid cultural, affective and moral economies. They have contributed to Swiss wealth, but also to national narratives of independence, safety and white supremacy. The volume follows the entanglements of the global metabolism of gold by tracking down the elusive and often invisible paths of molecules, affects and violence: Swiss Psychotropic Gold. 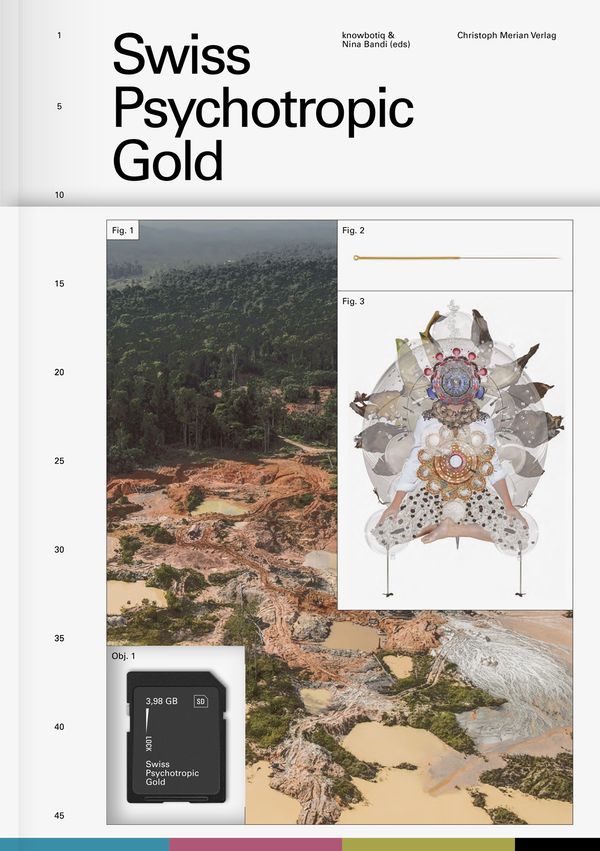 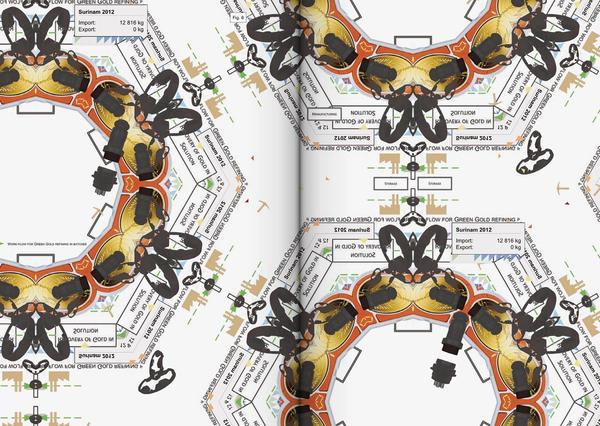 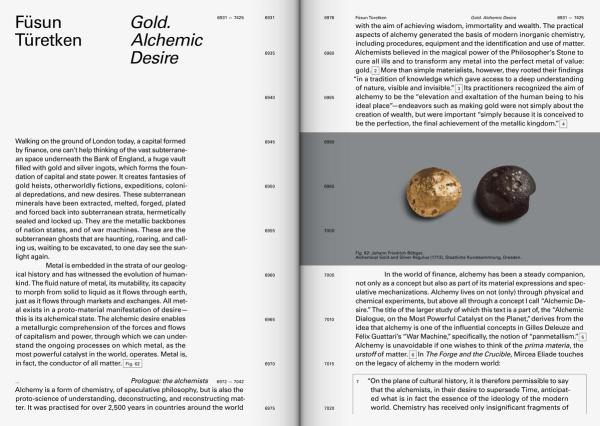 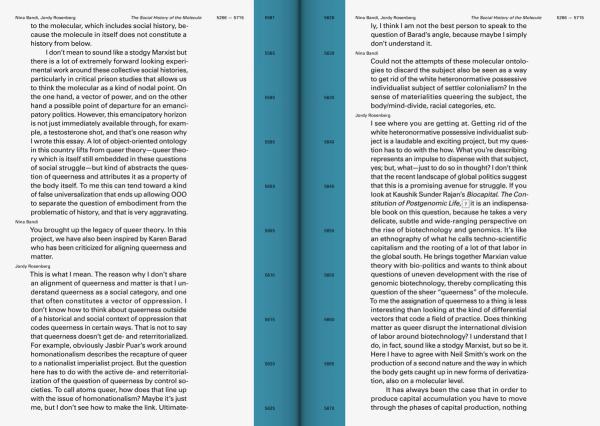 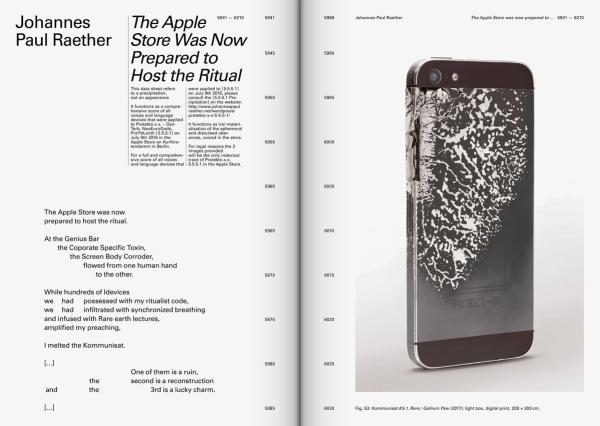 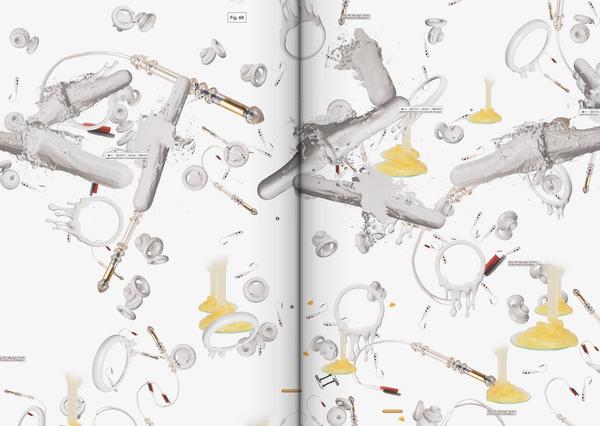 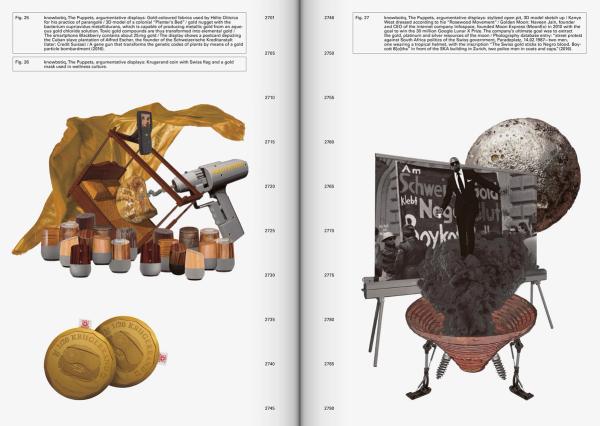 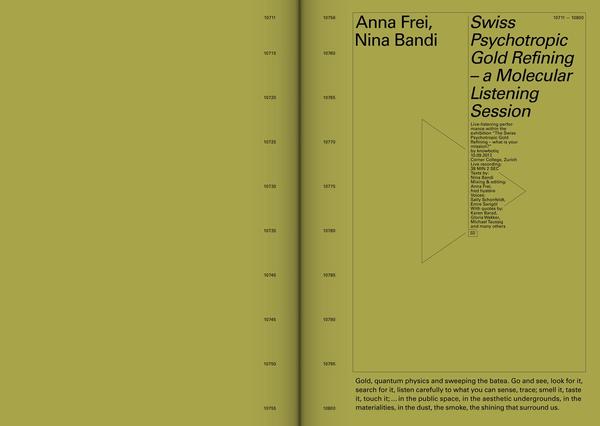 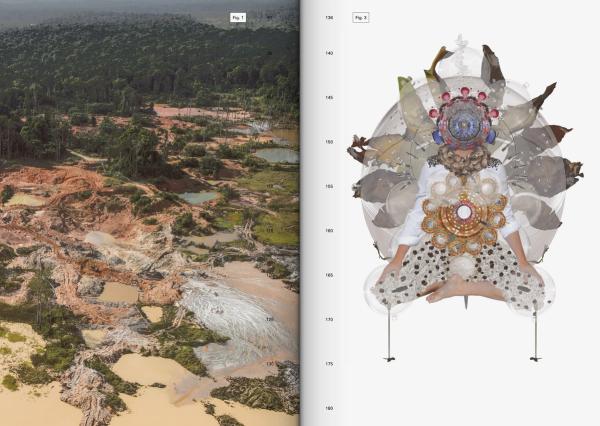 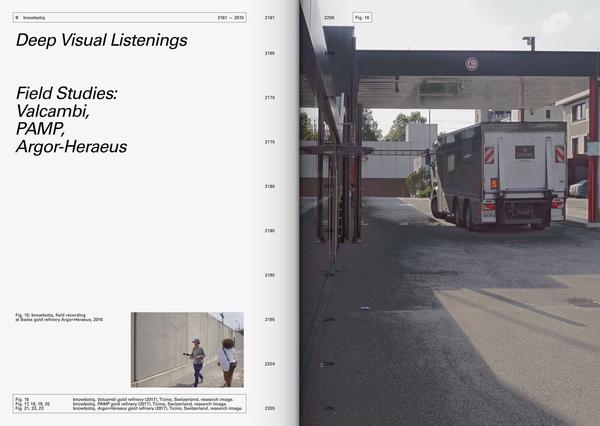 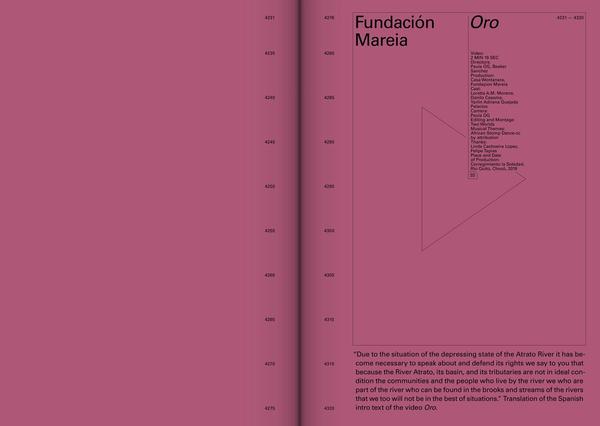 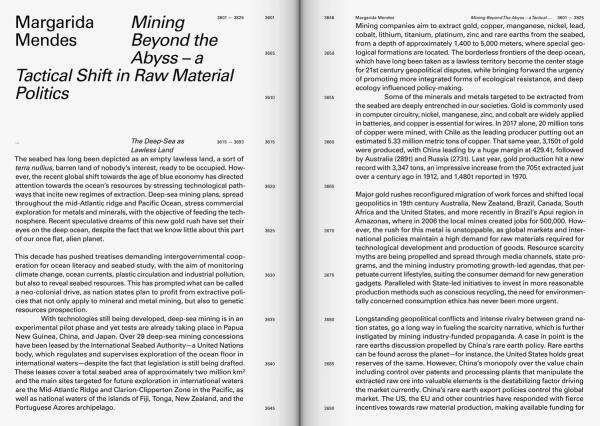 How to hang in trees during strike?

Around 50% of the gold mined worldwide is processed in discrete refineries in Switzerland. The work complex "The Psychotropic Refinary", manifests itself in this new exhibition as an immersive video projection and a psychoactive spatial setting with aetheric essences and mud, residue from a Swiss Gold refinery. knowbotiq fabulate about the incorporation of gold into all of our raw metabolism. The video Swiss Psychotropic Gold uses digital found footage in a critical fabulation to bring together the worlds in which precariously mined gold is secretly transformed into derivative stock market products, components of high-tech technologies, or libidinous wellness products. The work delves into gold and mercury amalgams—mercury is used to wash gold out of the earth—and emerges into a fictional psychotropic refinery for healing the collective subconscious of gold.